C-Motive employees come from different backgrounds, levels of education, and previous experiences. It takes a village to tackle the work that C-Motive is able to accomplish; meet the team that does it all (and then some). 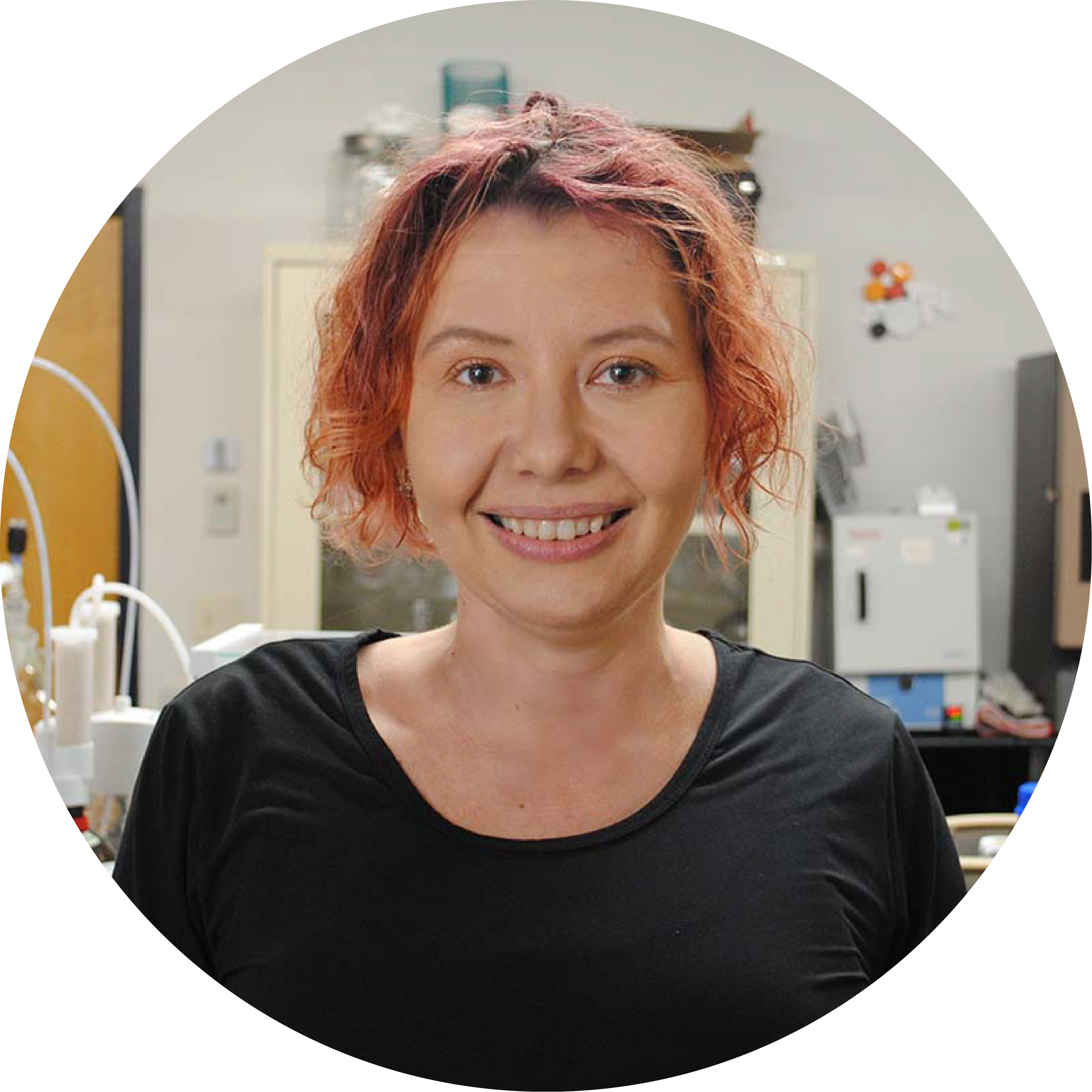 Lisa began working in lab settings in 2018 at Exact Sciences, a biotech company that specializes in the detection of early-stage cancers. Additionally, Lisa has worked in a COVID-19 testing facility, administering and processing test samples during the pandemic. In her role as a Chemistry Lab Technician, Lisa works with the rest of the chemistry team in developing C-Motive’s proprietary dielectric fluid. Aside from chemistry, Lisa has received a BFA from UW-Milwaukee and has an extensive art portfolio, making and selling prints, cards, and magnets of her art. 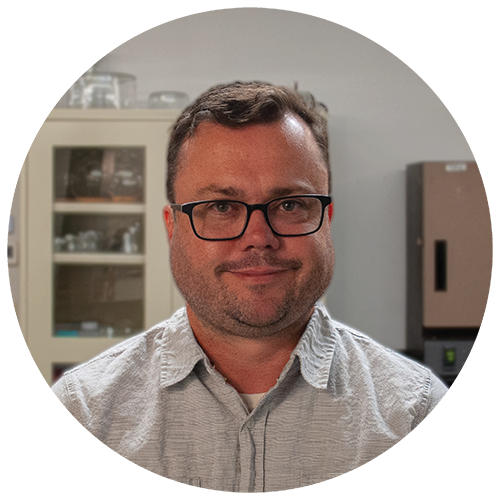 Bill is responsible for the design, development and testing of the next generation of electrostatic machines. Bill has over 19 years of experience as a mechanical engineer in high-tech, fast-paced industries. Prior to arriving at C-Motive Technologies, he spent 9 years as a Senior Mechanical Engineer at Accuray, Inc. where he was focused on developing next-generation cancer treatment platforms in the field of image-guided intensity-modulated radiotherapy (IG-IMRT). In this role, Bill was the mechanical engineering design lead for the treatment gantry system, thermal management system, and the patient-facing gantry enclosure. Additionally, he has significant experience as a systems engineer responsible for developing system requirements, defining architecture, validating designs, and creating test reports. Other roles include managing Accuray’s design documentation database and CAD software packages within the Quality Management System for a group of 10 engineers.

Prior, Bill was a lead mechanical engineer at Orbital Technologies Corporation (Orbitec) where he focused on the development of advanced environmental control systems for use in micro-gravity environments. With over 15 years of experience in the medical devices and aerospace industries, he has strong knowledge and experience with the design of complex electro-mechanical devices, requirements development, testing, and reporting for compliance with regulatory governing bodies. 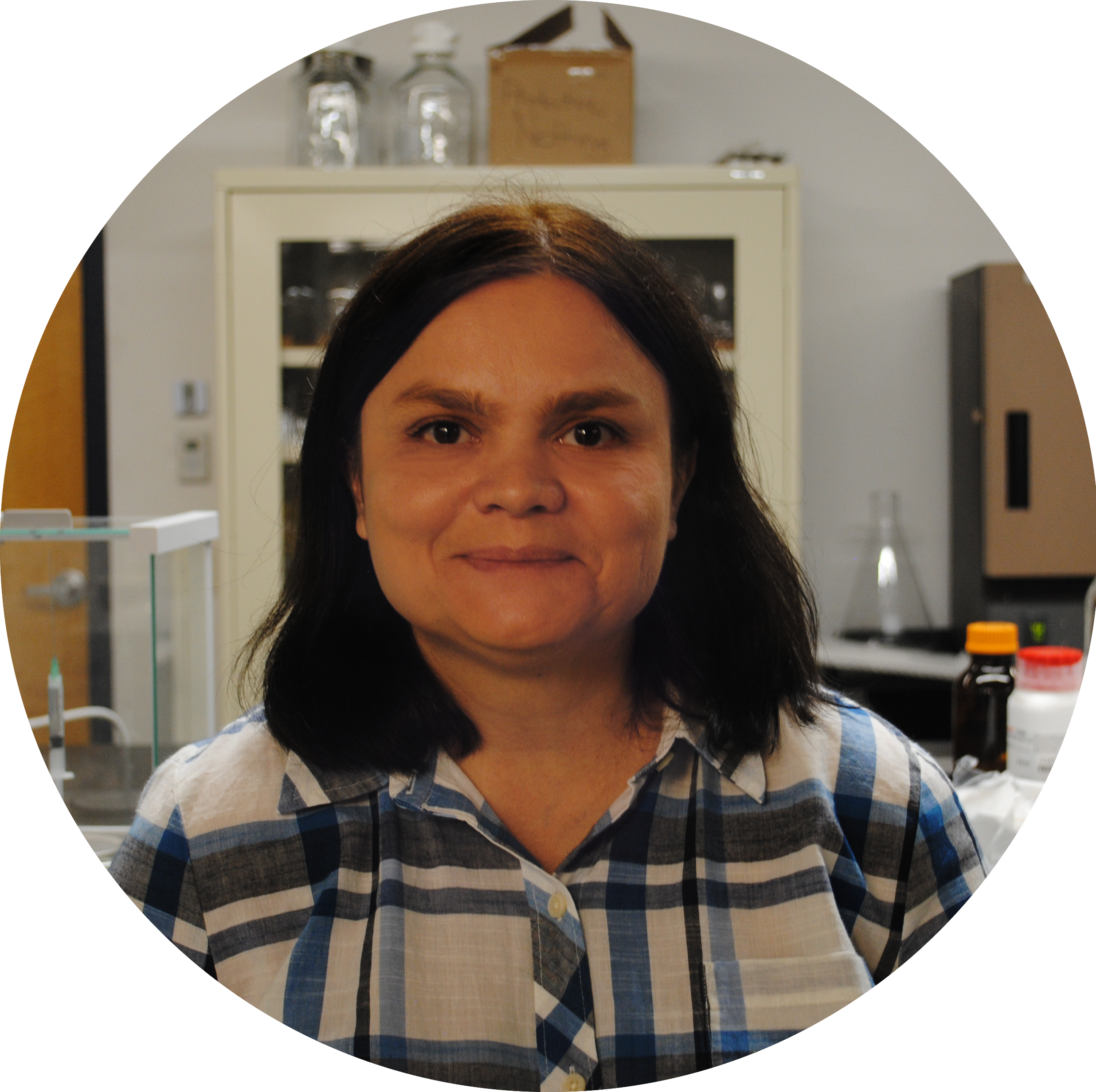 Agnieszka is a highly experienced scientist with a background in both industry and academia focusing on synthetic organic chemistry. Over the course of her career, Agnieszka has demonstrated a unique ability to adapt her skills to medicinal chemistry, chemical biology, as well as catalysis – from milligram to kilogram scales in multistep synthesis and scale-up reaction research. Strong experience in analytical chemistry and testing methodologies (HPLC, GC, LCMS, NMR, etc.) is a strong complement to her synthesis research and development work.

Agnieszka has worked in laboratories spanning the United States, Spain, and Poland. She earned her Ph.D. in chemistry from the Institute of Organic Chemistry at the Polish Academy of Sciences in Warsaw before completing postdoctoral work at the Washington University School of Medicine in St. Louis, Missouri. Her work has led and contributed to a number of scientific publications in her area of expertise. 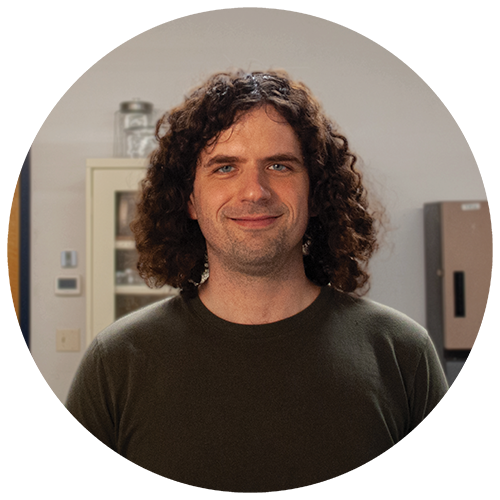 Kevin completed his undergraduate education (B.S.) at the University of Nebraska-Lincoln and his graduate education (M.S. and Ph.D.) at the University of Wisconsin-Madison. Throughout his educational and professional career, Kevin has held a consistent focus on the technology and materials science related to energy conversion. His graduate research focused on hybrid battery/ultracapacitor energy storage devices, and as a post-doc Kevin developed high permittivity nano-suspensions for electrostatic force applications. An interdisciplinarian at heart, Kevin was affiliated with Environmental Chemistry and & Technology (EC&T) program and the Wisconsin Electric Machines and Power Electronics Consortium (WEMPEC) during his time at the UW-Madison. Kevin holds multiple patents in the areas of energy storage and conversion. 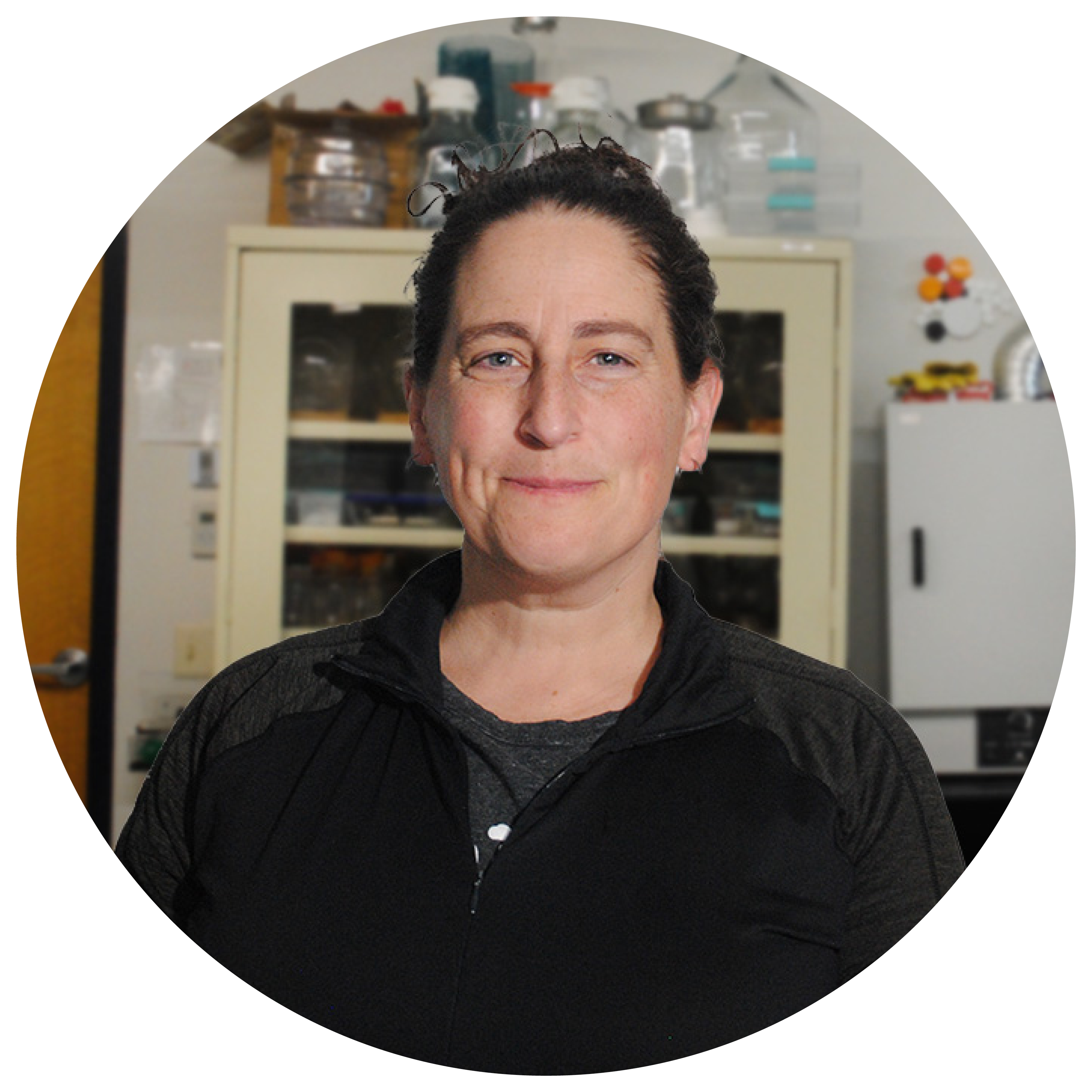 Kath began her career working at a number of technology start-ups on products ranging from the electronic ink in e-books, to cement made from CO2, to new energy storage materials. She holds a B.Sc.E in Engineering Chemistry from Queen’s University in Canada and a Ph.D. in Synthetic Chemistry from the University of California at Berkeley. 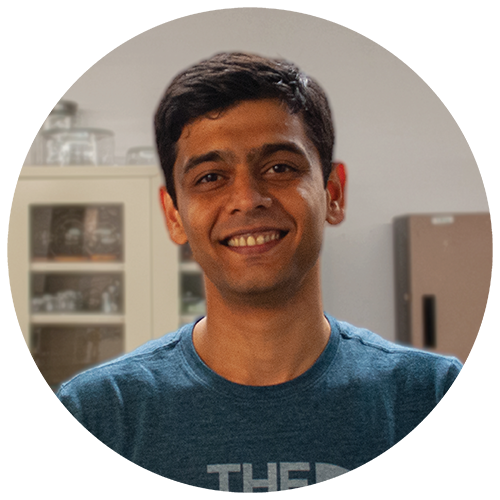 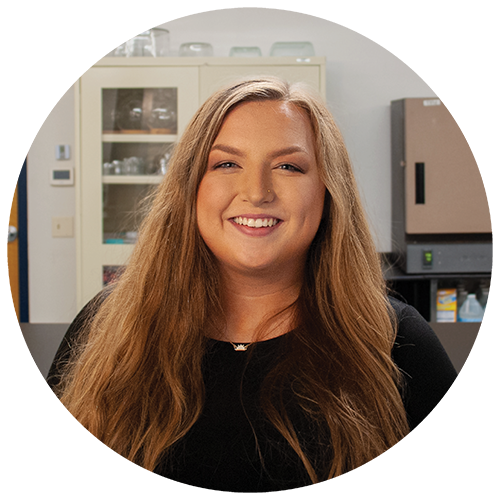 Rachel has been active in pursuing a career in marketing since graduating high school in 2017. She began a marketing internship with iBeauthentic/The Style Garage before starting her studies at the University of Wisconsin – Madison, where she was able to obtain a position with University Recreation & Wellbeing as a graphic design intern as well as take courses in marketing, nonprofit studies, and graphic design. Rachel graduated from the University of Wisconsin – Madison in spring 2021 with a Bachelor of Science in Community and Nonprofit Leadership and a Certificate in Graphic Design. 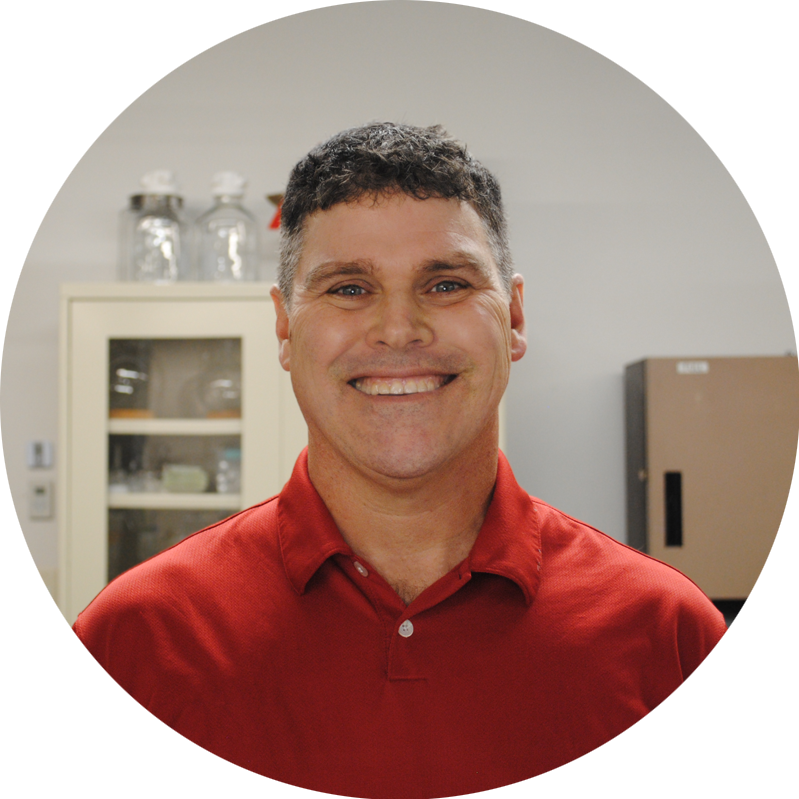 Michael is well versed in all aspects of CAD, CAM, and operating CNC Machines. He has worked with Gammex RMI creating radiation phantoms as well as Albion Swords creating authentic swords for movie props and competitions. Additionally, Michael has designed and manufactured Hydrofoil wings. At C-Motive, he is responsible for the design and fabrication of motor components and test fixtures. 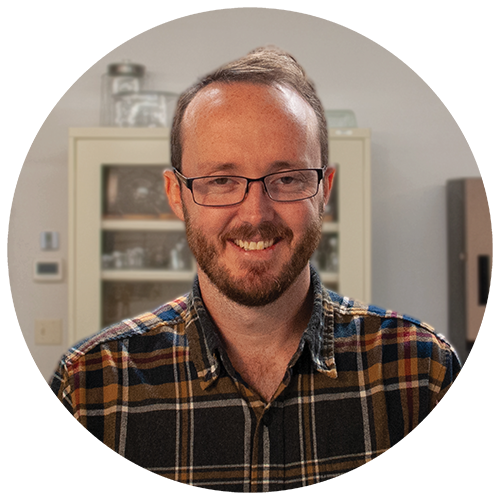 Peter is a power electronics hardware engineer with extensive experience in high-performance wide-band-gap converters and drives. He started his career at Arkansas Power Electronics (now part of Wolfspeed) which focused on the commercialization of multichip modules with wide-band-gap devices where he learned the ins and outs of high-performance power electronics. After 5 years in the industry, Peter returned to graduate school for a Ph.D. where he was introduced to the electrostatic machine. His Ph.D. research focused on the hardware development of medium voltage drives for electrostatic machines. 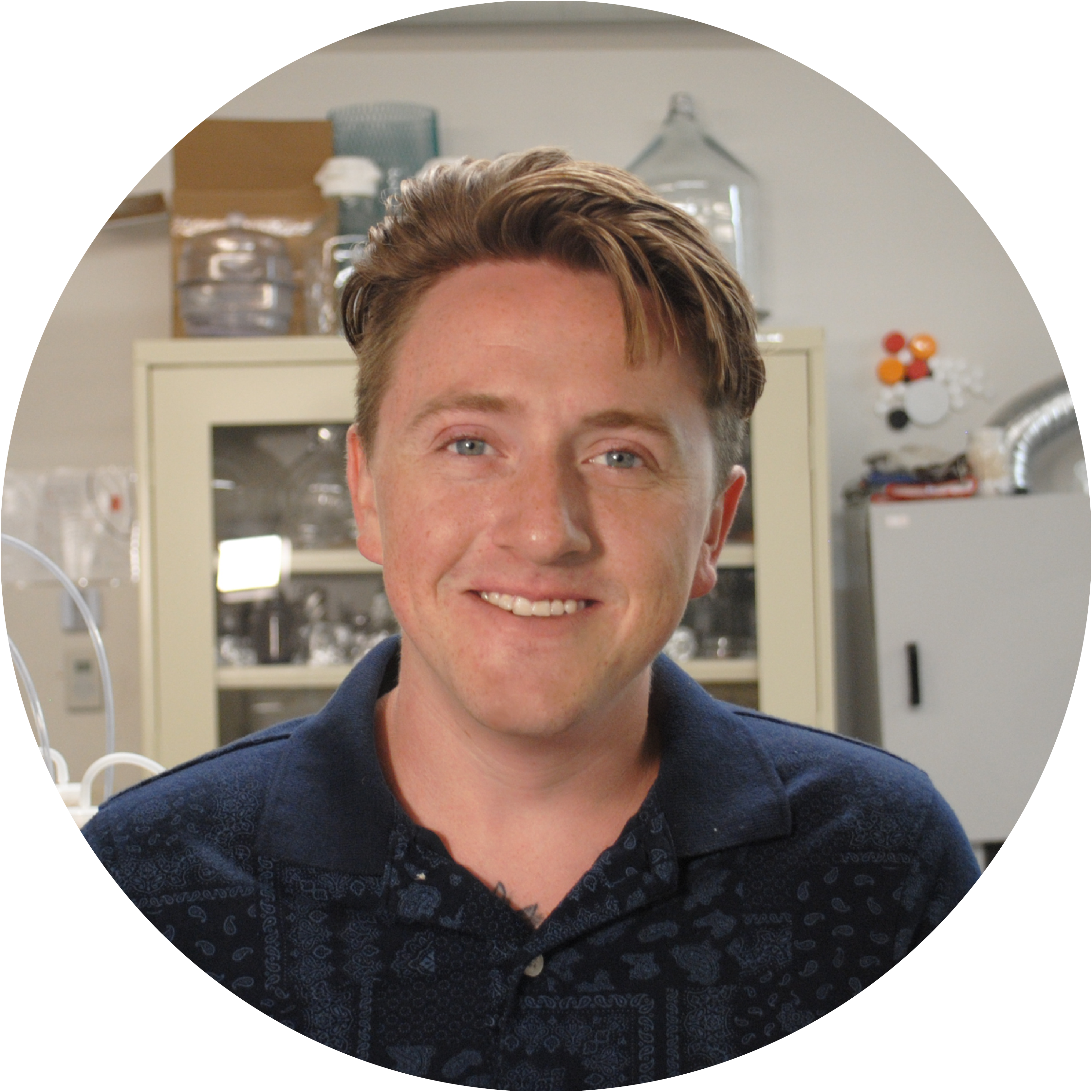 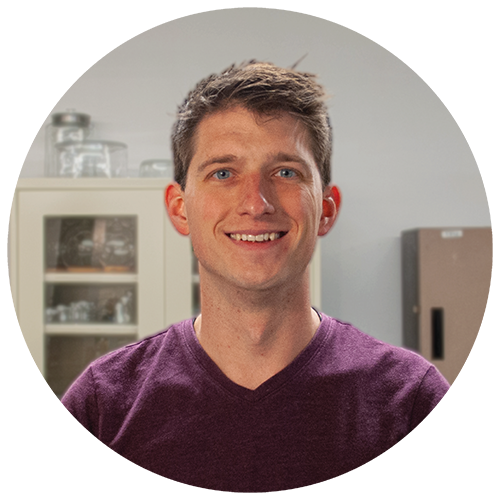 Ryan is a Mechanical Engineer who joined C-Motive Technologies in 2019 after graduating with a Ph.D. in Engineering Mechanics from the University of Wisconsin – Madison. The primary focus of his doctoral work was the maintenance of narrow gaps between rotating surfaces through the application and optimization of passive hydrodynamic bearings. This work culminated in the creation of a rotating capacitive power transfer mechanism designed to replace brushed slipring assemblies in wound field machines, as well as the development of a composite-based 25krpm electrostatic induction machine.

Dan’s background in physics and engineering inspired the C-Motive team to develop the company’s core technology. He is an expert in both the theory and application of electromagnetics, electrostatics, and solid-state power converters. Also a professor at UW-Madison, Dan spearheads the theoretical development of electrostatic machinery through to the proof of concept stage, while working in close collaboration with the company on projects, government grants, and inventions. He has published over 70 research papers and is an inventor on more than 30 issued and pending patents. Dan’s work on electrostatic machines earned him a National Science Foundation CAREER Award in 2015. He was named a Gordon & Betty Moore Inventor Fellow in 2017.

Currently, Dan directs a research team of 7 Ph.D. students at UW-Madison and is an Associate Director of the Wisconsin Electric Machines and Power Electronics Consortium. Dan and his team’s current focus at UW is based around fundamental research in capacitively (electrostatic) coupled power conversion systems.

Dan holds a BS in physics from Bradley University with MS and Ph.D. in electrical engineering earned at the University of Wisconsin – Madison. 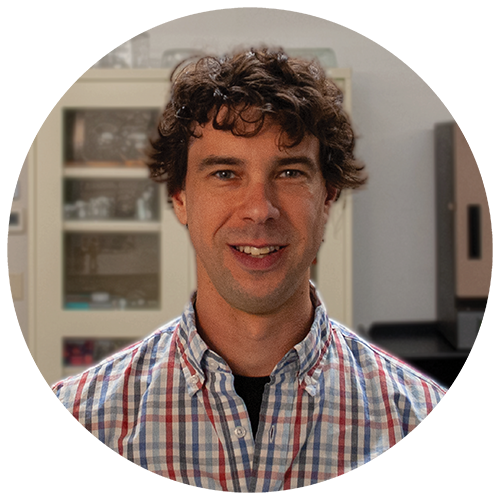 Matt has held product management and leadership roles in a range of startup companies, with experiences that were both venture capital as well as blue-chip company backed. In total, Matt is a six-time veteran of cleantech startups focused on next-generation energy storage technology. His previous endeavors include Firefly Energy, a startup focused on advanced lead-acid batteries, EnerG2, a startup creating high purity carbons for batteries and ultra-capacitors, GE Energy Storage, a startup with high-temperature sodium nickel chloride batteries for utility-scale applications, Aquion Energy, a startup with the worlds only safe and sustainable aqueous hybrid ion battery for renewable integration, Watt-Learn, a startup creating artificial intelligence for grid-connected batteries, and Oriden, a startup centered around a renewable project developer with a 500 MW pipeline of solar and storage projects.

Since 2004, his career in product management has focused on bridging the gap between the lab and the market, developing and selling new technologies into the rapidly evolving cleantech marketplace. With experience in half of a dozen distinct battery chemistries, software, renewable project development, applications from mobile to grid-scale, and well over 100 MWh deployed energy storage across the world, Matt has a track record of defining products and go-to-market strategies that work.

Matt earned his BS in mechanical engineering from Bradley University and holds multiple patents in energy storage and advanced materials. 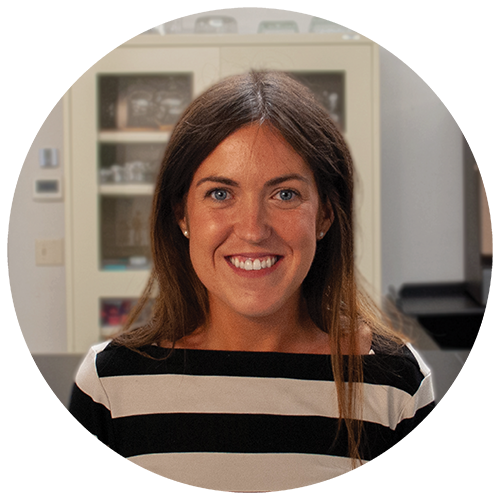 A graduate of Madison East Highschool in 2013, Marissa began her career as a Beauty Advisor for Walgreens. At the early age of 19 and within her first year of employment, she was promoted to shift-lead and maintained that position for 2 years. She assisted the company in many remodels throughout WI and successfully managed a team of 15+ employees in the heart of downtown Madison; the store averaged 45k a day in sales.

From there she found a love for sales and grew into a new role as a Rental Sales Agent for Avis Rental Car. She occupied that role for 1 year and 10 months before being promoted to Assistant Manager where her managerial skills were able to shine again. Being responsible for everything from scheduling and payroll to coaching employees daily on successful sales techniques.

After 2 years and 5 months of assistant roles, Marissa was promoted to Branch Manager. Occupying a lot of the same responsibilities and adding new ones such as tracking operational measures and analyzing operational performance results. Then meeting weekly with upper management to report profits, losses, and new sales plans.

Within this role, Marissa was rewarded the opportunity to take a semester class at the UW of Madison School of Business in a High-Performance Leadership class. Where she learned how to successfully engage and communicate with team members, build employee ownership, and use coaching as an effective leadership tool.

Today Marissa specializes in working with C-Motive Technologies as an office manager ensuring that C-Motive has the materials, supplies, and partners to develop the next generation of electrostatic machines. She also processes payroll, tracks expenses, as well as other accounting duties. 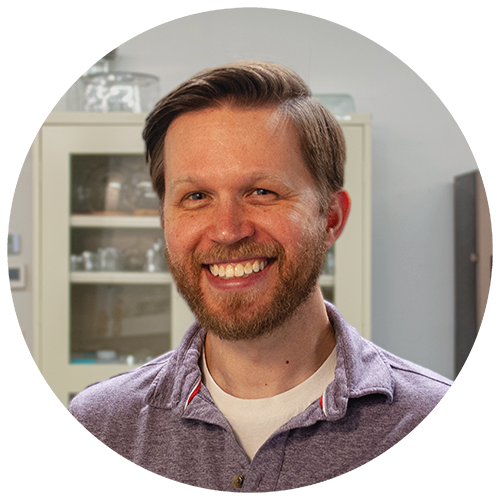 Justin is a cofounder of C-Motive, an inventor of its core technology and patents, and a facilitator of guidance for the company’s engineering efforts through development of radically new electrostatic motor technology. This includes all aspects of the product technology, including interfacing with Dr. Ludois’ research team at UW-Madison as well as prospective customers for research and product development efforts.

Justin cofounded C-Motive Technologies in 2012 as a Ph.D. student and earned his Ph.D. two years later from the Wisconsin Electric Machines and Power Electronics Consortium (WEMPEC), a world-renowned power engineering research group at UW-Madison. Justin is a recognized authority in power engineering, power electronics, motor design, motor control, and motor drive system modeling. He has co-authored 16 technical papers in peer-reviewed journals and conference proceedings and is an inventor on 5 different patents. 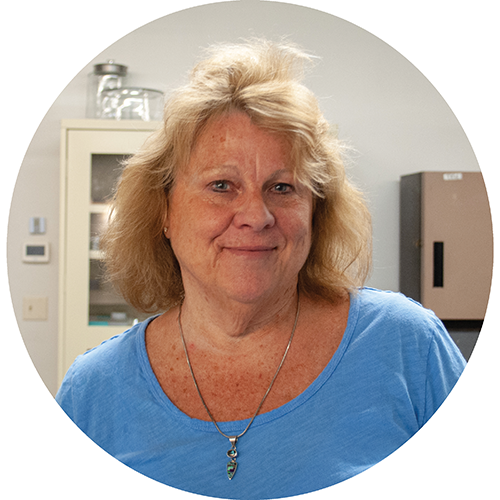 Barb’s background includes working in administrative management positions over the last 40 years in both the public and private sectors. Her early experiences include those with the University of Wisconsin – Madison Medical School where she managed the support staff, administered grants and contracts both pre-and post-award, reviewed and set budgets, handled all HR matters including fringe benefits and payroll, and served on a variety of departmental committees providing administrative guidance and support to faculty and staff. After that, Barb worked as the executive assistant for the vice chancellor at the University of Wisconsin – Madison. She then moved on to TomoTherapy, Inc., now currently known as Accuray (ARAY). She was one of the early hires with the responsibility to set up the basic business infrastructure of the start-up company. She was responsible for human resource functions including policy development like completing payroll functions, recruiting, setting up and managing employee fringe benefits plans, and providing a large variety of other administrative functions as needed.

Barb has been working with C-Motive Technologies since March 2016, which has provided her with opportunities to perform similar functions within a small start-up like those originally executed at TomoTherapy.